An animation series set in a medieval kingdom, Sir Mouse follows two best friends and their (mis)adventures in stories told in such a refreshing way, you (and children everywhere) won’t be able to help cheering, laughing, and falling in love with the unexpected characters.

That’s because unlike your typical knight, Sir Mouse is a girl who’s tough but kind and adventurous while her best friend, Dragon, is cuddly and supportive. Together, they effortlessly break through gender stereotypes to appeal to girls and boys alike.

Here’s your exclusive preview to the animated series that’ll bring joy to all children in 2020. 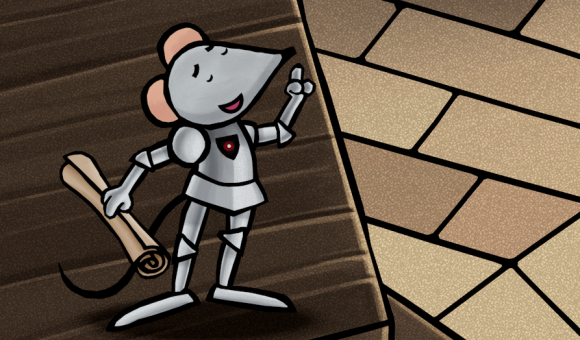 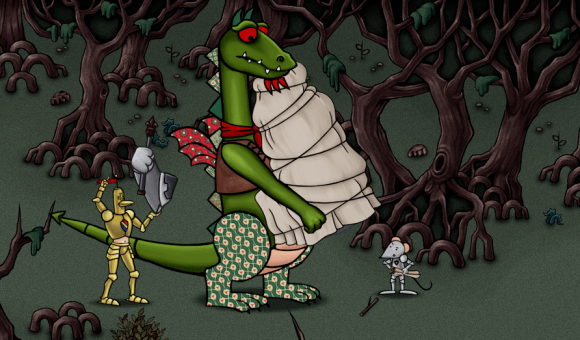 Prince is like the younger boy next door, that looks up to Mouse, who’s a bit older than him. She likes the admiration, but is annoyed by Prince’s childishness.

Prince is King’s only child.

He’s a bit introverted and spends most of his time in his tower, that stands in a field. He likes to read there: science books or fairy tales. Sometimes he gets so lost in the stories, he seems to think he’s living in one. And yet he gets bored often. When that happens, he calls Mouse and Dragon for their company.

Prince has a really big crush on Mouse. To him she is a real, tough knight. If it were up to him, she would be saving him constantly…

Prince is not tough at all. He’s squeamish and not really a problem solver. In Mouse and Dragon’s company he feels stronger and safe. Besides the two girls he also likes to hang out with Sir Knight.

Dragon, Mouse’s best friend, is like a motherly big sister to Mouse. She knows best where Mouse’s sensitivities lie and will do everything to support her.

Dragon often knows the solution to a problem and will mention it to Mouse. Mouse ignores Dragon’s suggestion to, immediately after doing so, have the same exact idea. As a result Mouse is complimented by Dragon because of her ingenuity.

Dragon very often apologises and has the tendency to underestimate herself. But when there’s an emergency and she reacts instinctively, she can really hold her own and protect her friends.

Dragon is calm, empathic and considerate. And she has an angelic patience. Dragon loves being cosy just as much as going on an adventure.

She can breathe fire, but would never do it to impress or harm someone. If Mouse incites her, she will use it as a deterrent. She’ll also breathe fire in case there’s a need for light or warmth.

Dragon is also able to fly. This way she can quickly bridge long distances, with or without Mouse on her neck.

Mouse is a bossy, stubborn and at times even annoying little girl, the type that would rather wear trousers than a skirt. Or well, in her case rather a sword and armour. She wants to be called “Sir Mouse” by everyone. Only Dragon is allowed to address her as “Mouse”.

She reacts very strongly, when someone doubts her knighthood or abilities. And she's even more sensitive when being confronted by the fact that she is  little. But in all honesty, she's always had a very short fuse.

Mouse overestimates herself. She's constantly looking out for adventure and doesn't avoid any challenges, no matter their size. She's not self-aware at all and is so caught up in her own way of thinking, that she doesn't notice how far off she can be. Even though she's often angry or upset, Mouse can also be very enthusiastic; she switches quickly between the different (positive and negative) emotions. Especially when she gets angry she loses control, making it possible for the anger to escalate until she literally explodes. Also irritation or extreme excitement can be the cause for an explosion.

On the inside Mouse is a small insecure little girl. Her best, most devoted friend Dragon gives her the acknowledgement she so needs. When Mouse is relaxed and content after a victory, she is able to show her appreciation and affection towards Dragon with a big hug.